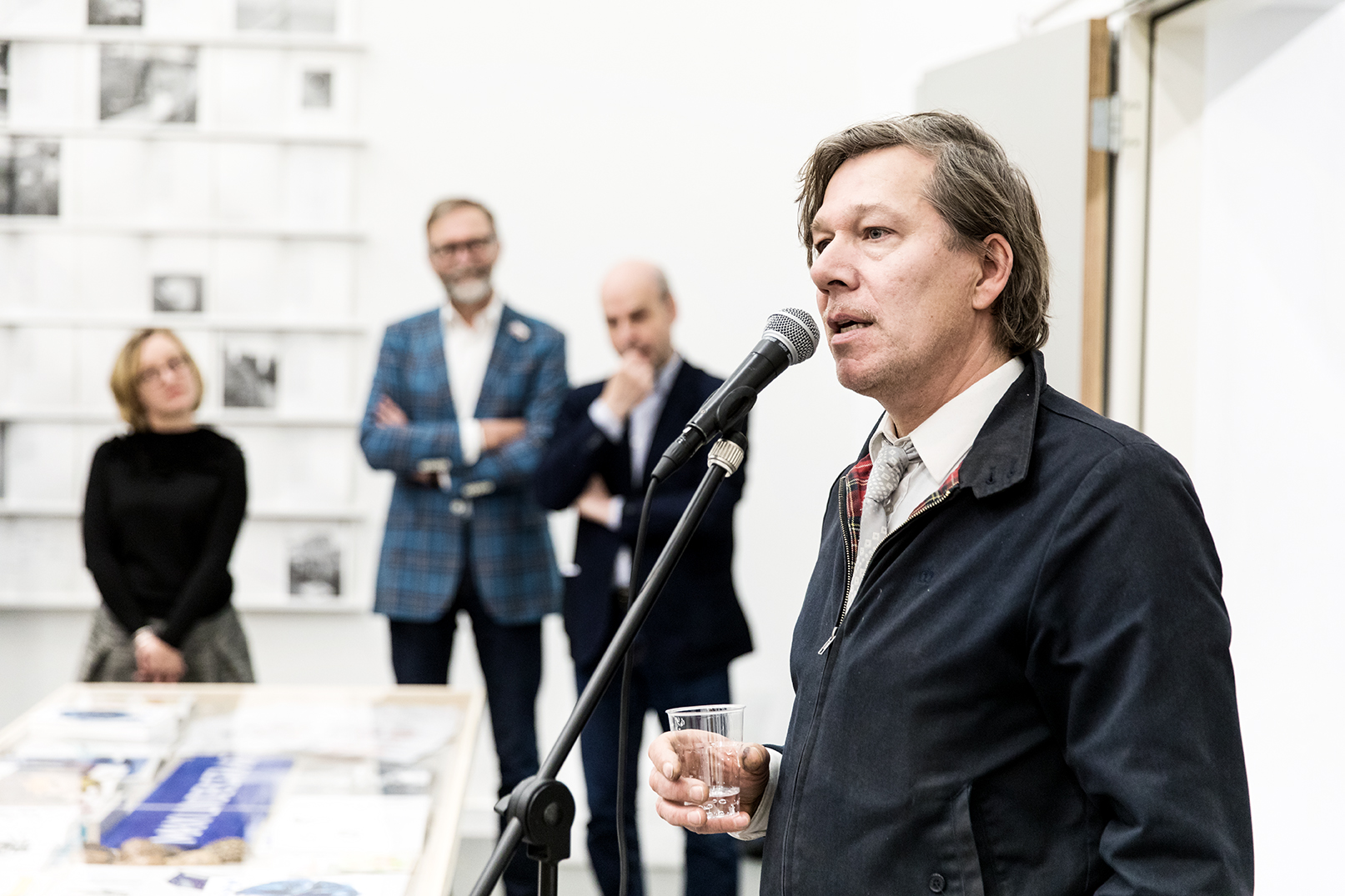 Artist Peter Fengler is winner of the MK Award 2017, its third edition. Reyn van der Lugt, chairman of the jury announced this on Friday evening December 1 during a festive ceremony at TENT Rotterdam. The jury is impressed by the ways Peter Fengler is consistently building a coherent body of work at the crossroads of visual and audio art. The MK Award, amounting to € 5000, is awarded biennially to celebrate sincere and coherent artistic activity as an intrinsic value within society.

The jury’s report states
The jury is impressed by the exhibition TENT Welcomes MK Award 2017 showing fresh and quite diverse work of the three nominees. The presentation clearly shows that neither age nor discipline or medium are playing a key-role as criteria for the MK Award. Candidates should live and work of be born in the Netherlands and they should be included in relevant presentations there. Apart from individual projects or even a whole oeuvre, MK Award focuses on artistic practice in the broader sense. It is about the development of the arts themselves, the position the artist takes in the artistic field and what he/ she signifies for the community.

Besides the fact that the artistic practices of Ad de Jong, Peter Fengler and Saskia Janssen are quite diverging, the jury observes that all three of them are particularly open towards the outside world. In their work, the nominees – each in their own way and with their own intentions – are creating a platform for third parties.

The work of Ad de Jong immediately catches the eye and invites the visitor to experience its spatial dimension also physically. As the co-initiator and long-term curator of artist initiative W139 in Amsterdam, Ad de Jong has played and is playing still a vital role in creating a space for young art, which is very important still today.

Saskia Janssen mostly works site-specific and with diverse media. In her art, she establishes close collaborations with different groups of today’s society. The Rainbow Soulclub, an initiative that she co-founded in 2005, relies on exchange with and inspiration from drug-users and homeless persons. Rainbow Soulclub develops and realizes art projects as well as communal journeys, often leading to art works.

Peter Fengler works at the crossroads of fine arts and sound, and is as such standing in the tradition of Fluxus. As the artistic director of De Player in Rotterdam, he created a podium for performance and sound art. Besides taking the space for his own experiments, he grants this space to an international network of artists – particularly also younger ones. In line with performances and audio art, De Player takes a stand in the topic of the documentation of performances. Peter Fengler regularly flirts with various subcultures that are not concerned about the societal request for relevance of art for the community. In contrary: Fengler contravenes this notion with authentic, idiosyncratic and adventurous work on the edge of visual and sound art.

The jury regards Fenglers work definitely in line with the sense of adventure that Emmo Grofsmid and Karmin Kartowikromo – owners of the former MKgalerie and name givers of MK Award –demonstrated and has chosen Peter Fengler unanimously as the winner of MK Award 2017.