And the artists shortlisted for the MK Award 2015 are.. 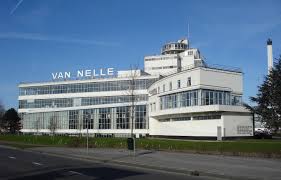 The MK Award foundation is proud to announce that Gil & Moti, Nishiko, and Fiona Tan have been selected for this year’s shortlist by the MK Award’s independent jury.

Gil (1968) & Moti (1971) form an Israelian artist duo. They both attended the Bezalel Academy of Arts and Design in Jerusalem, and moved to Rotterdam in 1998, where they attended the Piet Zwart Instituut in Rotterdam.

Japanese artist Nishiko (1981) studied photography at the Zokei University in Tokyo, and attended the Royal Academy in The Hague. She currently lives and works in The Hague.

Fiona Tan (1966) was born in Sumatra, Indonesia and grew up in Melbourne. She studied at the Gerrit Rietveld Academy and was a resident at the Rijksakdademie in Amsterdam. Tan lives and works in Amsterdam.