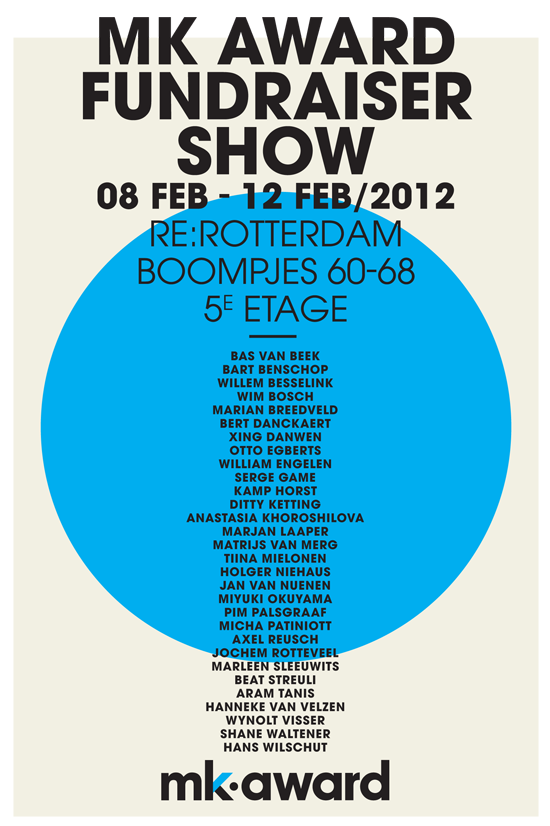 Parallel to Art Rotterdam 2012, the International Art Fair of The Netherlands, the MK Award Foundation organizes the spectacular MK Award Fundraiser Show. Curated by Tanya Rumpff, a renowned Dutch gallery owner and art consultant, this show will for once unite the majority of artists that until recently have been presented by the former MKgalerie Rotterdam/Berlin. Substantial amounts of the proceeds of the sales at the show will benefit the MK Award Foundation i.e. the MK Award. The MK Award Fundraiser Show is part of Re:Rotterdam, the satellite Art Fair during Art Rotterdam. 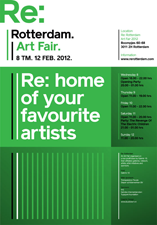 Read more about the donations program